The “Melbarn-Sydney Rivalry” only exists in the heads of certain people from Melbarn. Usually, people from Sydney that I meet, like Melbarn a lot.

Commonly heard in Sydney: “I love Melbarn! People there are so friendly. I love the little bars and restaurants. The food is great. The roads seem easier to get around. Wish I could move there one day but I don’t know if I can. I’ll probably miss the beaches.”

Commonly heard in Melbarn: “I HATE Shitney! OMG people there are so PRETENTIOUS! Melbarn is the most LIVEABLE city in the world!!! THE BEST IN THE WORRLLLD!!! THE BEST COFFEE!!!! AND FASHIONNN!!!! AND CULTUURRREEEE!!! AND ITS THE SPORTING CAPITAL!!! THE BESSSSSSTTTTTTTTTT!!!!!! HNNNNNGGGGGGGGGGG!!!!!!” 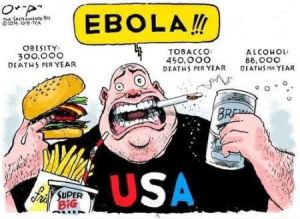 When something doesn’t seem quite right, follow the money trail… $$$

Apparently, it only took paying around $50k of today’s money to an academic of one of the most well-regarded educational institutions in the world, to corrupt the global scientific consensus, warp the food industry, misdirect the “healthcare” and medical industry, and led generations, and many hundreds of millions of people into an obesity crisis.

From a capitalist perspective, the sugar industry and the “healthcare” industry have the perfect market; the possibility of almost every human on earth being highly addicted to a cheap, legal substance, leading to a raft of chronic diseases in many major body systems that require ongoing care and treatment, which produces consistent and ever expanding revenue streams. It is much like smoking or alcohol, but FAR more insidious and destructive. Nobody has gone to jail over this, yet we have a lifestyle disease “epidemic” that has probably led to the premature deaths of millions, with related consequential chronic illness overriding the “healthcare systems” of the “developed” world.

Don’t ever hold the “scientific method” to such high regard as to think that whatever you are told to be commonly accepted by research is completely infallible. Do your own research before worshipping the findings of someone else like it is some sort of deity. Educate yourself. Find your own truth, as much as you possibly can, for the good of society. We have all the resources to do that. There is plenty of corrupt research around.

“For many decades health authorities encouraged Americans to improve their health by reducing their fat intake, which led many people to consume low-fat, high-sugar foods that some experts now blame for fuelling the obesity crisis.”

I love Sam Yang‘s blog. He writes very interesting and thoughtful articles. This article discusses the subtle and poorly understood social challenges of being part of a minority group in the colonial mentality of the anglosphere, and perspectives on the racial hierarchy. Well worth a read.

On survival:
“Martial arts work in isolated situations, but when the danger is systemic, then one must hold on to the principles, rather than the physical techniques. When fighting perceptions, there is no solitary “bad guy” to defeat.”
On understanding the perspective of a minority:
“Because if you are at the top of the institutional food chain, you may not sense the same dangers. That is good for you, but you are not the whole of the collective experience.”
On racial biases and stereotyping:
“Often people will relate to us in the only ways they know how, they relate to us based on our race — as if we were the representative of a whole people and not individuals.”
On falsely imagining racial diversity:
“The two common types I have found in the US are, liberal and conservative, and everything must fit into one or the other, no overlap. Everything then becomes mutually exclusive. Racial diversity is often tossed into the liberal bin, so people assume if a city is liberal, it must have racial diversity.”
On false equivalence in “reverse racism”:
“There is a difference between being bullied and institutional oppression. There is common ground but thinking it is exactly the same is a false equivalence.”
On recognising the differences between equality and equity:
“We cannot close that gap if we pretend things are the same. If two people run at the same speed, the person who started out in the lead will stay in the lead. To catch up, the person in the back will have to run twice as hard. Equality is nothing without equity. These are not complicated ideas; we can float these thoughts in our heads. We just may not want to if it does not work out in our favor. A quality of a civilized culture is that of empathy. Survival of the fittest is natural, but it is also primitive. The very existence of medicine is a challenge to the survival of the fittest, yet a civilized society means giving everyone a chance at life. That is what civilization is consistently working towards.”
On dealing with an inescapable reality:
“Race is one of those identifiers that is immutable — people will just know, which makes it the hardest thing to see past.”
On oversimplified racial stereotypes:
“Simplifying a minority group as always “good” or right, is exchanging paternalism with infantilization. It is reducing a group to a stereotype when there is a wholeness to people. Some people are good, some are not, some are right, some are wrong — the same wholeness that exists for the majority group.”

The Problem with the Education System

In response to this TedX talk by Eddy Zhong:

There should not be a clear duality of life choice as defined by these two paths, and I do not believe that it is suggested that a creative path is superior; it is only that the academic path is flawed and inadequate to serve the needs of a human. There are clear benefits to academic education as well. However academic performance is given far too much credit and is a product of an antiquated and inefficient education system which does not necessarily nurture the natural talents of a student. We spend far too much time learning things that have little relevance to our lives or careers.

A purely academic career that views lives and concepts as a collection of purely mechanical and measurable components dangerously separates mankind from the natural and creative world from which he/she biologically originates from. Without appropriate application of academic pursuits to the real world, the optimal leverage of applied knowledge cannot be achieved.

We should encourage students to discover their own strengths, purpose and natural talents through exploration of individual creativity, and integrate targeted and appropriate adoption of technical academic knowledge in a tailored fashion to each individual’s natural inclinations in such a way that we may optimise their abilities. Nurture our nature, not balance the influences of nature vs nurture as opposites, as we well know they are deeply interconnected.

In response to the article “The Healthiest Old Person on the Planet.”

Real health lies in optimising the vastly under-utilized, yet essential and natural areas of diet and fitness, not western medicine, which should ideally be reserved primarily for dealing with circumstances of last resort, and less as a system of sustaining chronic illness. There is a significant lack of interest in implementing preventive lifestyle measures in public health and correcting the overall physical robustness of the population.

I’ve worked on my diet, worked on getting as functionally fit as possible, worked on correcting my posture, worked on correcting psychological issues, and worked on improving the quality of my social circle and environment over the last few years, among other things. I recently had an eye test, my eyesight has improved slightly. I look as young or younger than I did ten years ago. I am a superior being to what I was before.

In our most basic state, we are merely animals with opposable thumbs and slightly thicker cerebral cortexes; we must respect our primitive nature, and connection to nature, in order to maximise our potential. The key factors essential to our health, at the centre of our primitive nature, is how we connect to our sources of food, and the mobility of our physical bodies.