The Problem with the Education System

In response to this TedX talk by Eddy Zhong: 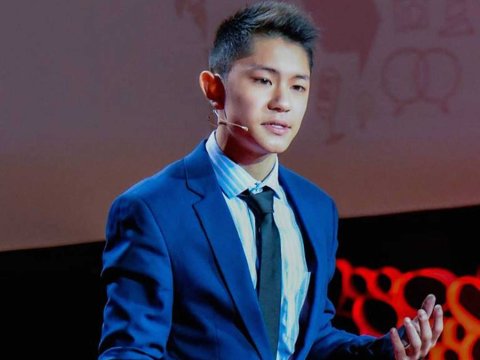 There should not be a clear duality of life choice as defined by these two paths, and I do not believe that it is suggested that a creative path is superior; it is only that the academic path is flawed and inadequate to serve the needs of a human. There are clear benefits to academic education as well. However academic performance is given far too much credit and is a product of an antiquated and inefficient education system which does not necessarily nurture the natural talents of a student. We spend far too much time learning things that have little relevance to our lives or careers.

A purely academic career that views lives and concepts as a collection of purely mechanical and measurable components dangerously separates mankind from the natural and creative world from which he/she biologically originates from. Without appropriate application of academic pursuits to the real world, the optimal leverage of applied knowledge cannot be achieved.

We should encourage students to discover their own strengths, purpose and natural talents through exploration of individual creativity, and integrate targeted and appropriate adoption of technical academic knowledge in a tailored fashion to each individual’s natural inclinations in such a way that we may optimise their abilities. Nurture our nature, not balance the influences of nature vs nurture as opposites, as we well know they are deeply interconnected.

NBA and the Business of Basketball: Flopping Penalties are Pointless, Bad Calls will change the outcome of games.

D-Wade or should I say D-Flop has a long history of unsportsmanlike flopping, and getting away with it, just like most of his team. He’s finally been penalised with a fine for a rather egregious demonstration of this shamelessness in game 2 of the NBA Finals. This gave Manu his 3rd foul and sent him to the bench. A key play and refereeing error, potentially altering the balance of power at that time of the game. And yet the penalty is only $5000, spare change for a professional basketball player.

Essentially, he paid $5000 to change the balance of power at a key point in the game, in a game of basketball, where each call can affect the final outcome, because games can be decided by a single play or basket. This play resulted in a) Manu being removed from the game because of foul trouble (which affects team defense/offense and points scored indirectly in a multitude of ways), and b) Wade gets free throws (+2 free points).

This game was decided by 2 points. You could argue that the game’s outcome was directly affected. However we would also need to consider all questionable calls in the game for both teams to establish if there was an overall pattern or bias as well. Unfortunately I did not watch this game so cannot comment on that, but I can say that in games in previous years I have observed patterns of officiating bias in particular games after taking note of all questionable calls throughout a game.

Nonetheless, this was a good value $5000 investment for D-Wade.

What a pointless slap on the wrist. LeFlop and D-Flop would still each owe at least a billion dollars at $5k per flop, but they almost never get penalised. Players should get tougher penalties like techs or suspensions, and penalties should apply to everyone. If the penalties don’t act as deterrents, then what’s the point? I see this minor penalty as merely a political move to take some heat off the league which takes a lot of blame for giving the Miami Heat special treatment and not penalising their extravagant flopping antics (which from what I and others have observed is much obviously far more prevalent from their players than any other team’s).

What a joke the league is today… there appears to be no integrity left in the game. And really this is more the league’s fault for not regulating or penalising such behaviour, not so much the fault of the shameless players that get away with it. It puts into question the legitimacy of the results of many games, because it only takes a one or two bad calls to change the result.

This is a game where the subjectiveness and inconsistency of officiating can very easily be the deciding factor in close games. And it seems very likely, from past history, that this has indeed happened, and possibly intentionally, for what would appear to be business and marketing reasons. The Heat are not the only team that have benefited, I should add, but are currently of interest as they are the flavour of the moment. I might go into that in more detail in a future article. 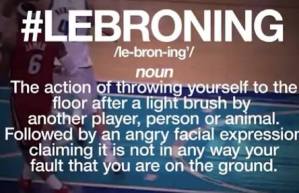 Random adventures in my life – THE SALES BLUEPRINT

Accidentally ended up at another network marketing presentation, I wonder why they all follow the same formula, regardless of what they are selling. I also wonder how I keep ending up at these things.

So it goes something along these lines:
1. Overly friendly and excitable initial contact (I was suspicious immediately), no description why they want to take us to a presentation except that it is really cool and will change your life. Curiousity and enthusiasm may hook you.
2. At the presentation, start with lots of hype and random cheering from the friends the presenters have brought along (still no description of product) and telling you how much your life sucks, and how absolutely this will make it all better, and you will be sailing on a yacht in the Mediterranean in no time.
3. Explanation of how the product/business system will change your life (still no description of product) with lots of talking and images and videos of beaches and fancy shit
4. Testimonials from friends about how the product/business changed their life (still no description of product) from being a depressed piece of shit to the champion/king/goddess that now stands before you
5. Finally a one line description of product (“it just works”)
6. Finally admit it’s network marketing and tell us all how great this model is, and how you will love the product and share it with your loved ones because you care about them so much
7. More random hype and cheering
8. SIGNUP TIME!!! Those already convinced have are now consumed by excitement.
9. A hard sell if you decline, one-on-one hardcore sales pitch about telling you how shit your life is, all your fears, and how this will be a once-in-a-lifetime thing that you have to sign up for RIGHT NOW

As soon as I stepped in I knew what was coming… and I was right, again. So all in all, a very educational experience. Now I have learned THE BLUEPRINT.