When something doesn’t seem quite right, follow the money trail… $$$

Apparently, it only took paying around $50k of today’s money to an academic of one of the most well-regarded educational institutions in the world, to corrupt the global scientific consensus, warp the food industry, misdirect the “healthcare” and medical industry, and led generations, and many hundreds of millions of people into an obesity crisis.

From a capitalist perspective, the sugar industry and the “healthcare” industry have the perfect market; the possibility of almost every human on earth being highly addicted to a cheap, legal substance, leading to a raft of chronic diseases in many major body systems that require ongoing care and treatment, which produces consistent and ever expanding revenue streams. It is much like smoking or alcohol, but FAR more insidious and destructive. Nobody has gone to jail over this, yet we have a lifestyle disease “epidemic” that has probably led to the premature deaths of millions, with related consequential chronic illness overriding the “healthcare systems” of the “developed” world.

Don’t ever hold the “scientific method” to such high regard as to think that whatever you are told to be commonly accepted by research is completely infallible. Do your own research before worshipping the findings of someone else like it is some sort of deity. Educate yourself. Find your own truth, as much as you possibly can, for the good of society. We have all the resources to do that. There is plenty of corrupt research around.

“For many decades health authorities encouraged Americans to improve their health by reducing their fat intake, which led many people to consume low-fat, high-sugar foods that some experts now blame for fuelling the obesity crisis.”

Re: The Mental Health of Doctors

Regarding this article from the Huffington Post:
Being A Doctor Should Not Have To Come With A Health Warning

Years ago, I asked the staff mental health consultant during her lecture at the lunchtime hospital “grand round” meeting whether selection of medical students should take into consideration their existing mental health.

In response, she essentially told me that being mentally ill was part of the profession, like being anxious and having OCD would help you do your job better…

I’d like to say that is certainly not true with the mentally ill health professionals that I’ve met... a large proportion are, and not just the doctors…

How many more suicides do we need to see before we fix the system? Ultimately do we really believe that having a doctor or (other health professional) run around the hospital spending an inordinate amount of their mental energy trying to control their anxiety and depression, potentially also physically undermined by the alcohol and drugs that they are taking to cope, is going to provide the best patient care?

Interestingly, in the news recently is this female doctor from Miami, who abused an Uber driver: ‘I am ashamed,’ doctor says after camera captures her attacking Uber driver 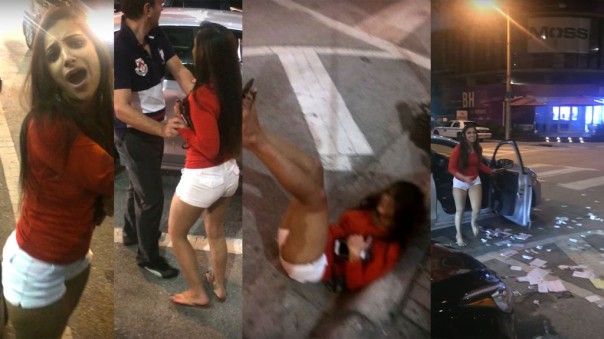 Medical professionals should be selected more carefully for the good of the profession and community; unless of course the dysfunctional process is part of the “medical-industrial complex” process to maintain the destabilization the health of the community for the sake of company profit, perhaps? Which would totally make sense.

I’ve met too many psychopaths, egotists, mentally ill and generally weird people in the medical profession, and wondered, how on Earth can we be entrusting the health of the community to these people?

See the link here regarding Statins.

I’m getting tired of medicos blindly worshipping their “Scientific Method” and “Evidence based Medicine” like some faultless, omnipotent deity, and smugly saying, like a broken record “but is there a double-blinded randomised controlled trial on it? Where’s the EVIDENCE?”

And then of course we see ridiculous and illogical things based on the “scientific method” happening like the war on fat, and allowing drugs with serious side effects to become widespread (and marketed as totally safe) like certain NSAIDS, and now statins.

The healthcare industry needs to escape it’s tunnel vision, bloated, gigantic egos, political bickering and power grabbing, and get a lot smarter, a lot quicker, if it is to be of any real benefit to the advancement of humanity beyond acute/emergency care. Because clearly there are massive holes in their knowledge and self-awareness, especially in the areas of preventive health and chronic disease management.

Posted in Fitness and Health, Medicine