Re: The Mental Health of Doctors

Regarding this article from the Huffington Post:
Being A Doctor Should Not Have To Come With A Health Warning

Years ago, I asked the staff mental health consultant during her lecture at the lunchtime hospital “grand round” meeting whether selection of medical students should take into consideration their existing mental health.

In response, she essentially told me that being mentally ill was part of the profession, like being anxious and having OCD would help you do your job better…

I’d like to say that is certainly not true with the mentally ill health professionals that I’ve met... a large proportion are, and not just the doctors…

How many more suicides do we need to see before we fix the system? Ultimately do we really believe that having a doctor or (other health professional) run around the hospital spending an inordinate amount of their mental energy trying to control their anxiety and depression, potentially also physically undermined by the alcohol and drugs that they are taking to cope, is going to provide the best patient care?

Interestingly, in the news recently is this female doctor from Miami, who abused an Uber driver: ‘I am ashamed,’ doctor says after camera captures her attacking Uber driver

Medical professionals should be selected more carefully for the good of the profession and community; unless of course the dysfunctional process is part of the “medical-industrial complex” process to maintain the destabilization the health of the community for the sake of company profit, perhaps? Which would totally make sense.

I’ve met too many psychopaths, egotists, mentally ill and generally weird people in the medical profession, and wondered, how on Earth can we be entrusting the health of the community to these people?

MENTAL HEALTH: A WORD ON DEPRESSION AND MENTAL ILLNESS

In the wake of Robin Williams recent suicide, many questions have come to mind regarding the veracity of the current public understanding of what depression and mental illness is about.

I just want to say a few things in regards to my own experience and how I have dealt with it. It isn’t really about the issues themselves, but more about how one might deal with them if they arise.

It’s difficult to understand mental illness if you don’t know the depth and incredible complexity of the human mind… for example, it has only been through many hours, over many years, of psychoanalysis and psychology counselling have I begun to understand the depth and root cause of my own issues, which might manifest, via convoluted mental pathways, into unusual or awkward behaviors and thought patterns. The deeper I probe, the more complex I realise things are, and how justifiable it is to put in as much effort as I do to understand them.

If it’s difficult for me to understand, with quite a high level of personal insight and a fairly high level of education in and exposure to health and psychology, can you imagine how much more difficult it might be with someone who hasn’t had the benefit of that additional perspective?

So, based what I have learned from my own experiences with limiting psychological issues (and really, these principles can apply to life in general) I would suggest the following ideas as things to consider for a healthier mental state:

1) Seek the Right Environment
Be around the right people, influences, and things you want to see and do. I realise, having moved cities and away from communities I was previously involved in and tied to (personally or professionally) that a LOT of my negative views of the world were very strongly influenced by the experiences I had from being surrounded by (for want of a better term) complete assholes. Now that I have made better decisions to whom I associate with, I am much happier, more positive, leading a much more fulfilling existence, and am not depressed.

2) Seek Self-efficacy
People tend to remain in their default, socially engineered state, for better or worse, if they do not actively seek to change their path. Change must first be desired; the first change that needs to happen is to make the change to want to change. There needs to be some level of self recognition or insight in order to effect progress away from a negative mindset. Self education and playing an active role in disciplining your mind and altering your thought patterns, makes a major difference in the likelihood of changing for the better.

3) Seek the Right Assistance
As much as self-efficacy is a golden goose of progress, there are some things that we can achieve much better insight into through broadening our limited perspectives to include the perspectives of others. These are people who will take the time to listen, understand and offer objective opinions without judgement; perhaps leading to an epiphany of personal understanding that you alone could not grasp. For many, you may have family or friends to reach out to; for others, there are government initatives and organisations such as beyondblue, headspace; for those who can afford it, there are health professionals.

4) Seek the Right Path Early in Life
Once again, however, I would emphasise the importance of creating the best possible environments and influences for our vulnerable and impressionable youth. They are the future of the world, and are an empty canvas painted with the brush of whatever paradigm of reality they are presented with. It is our responsibility to help these younger generations become better than we are, rather than perpetuating any questionable habits out of failure to account for and consider the merit (or lack thereof) our own habits.

For the older the mind, the greater the struggle to change, if precedents created in childhood have set us on a journey to destruction. 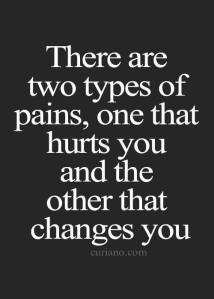 A healthy body needs a healthy mind, so are you looking after all aspects of your being? Don’t forget your social needs. 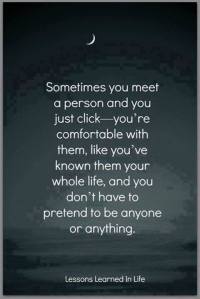 AN ANALOGY: Dealing with SOCIAL ANXIETY is like learning to swim. If you’re worried about how cold the water is when you hit the surface, then you won’t get in, will never get comfortable with getting wet and never swim well. But once you force yourself past that troublesome barrier with a dive or pindrop, the initially uncomfortable feeling of shock when entering that cold water, start to warmup and move around, you may start to even enjoy it.

Even if swimming isn’t your thing, the more you push past that barrier, and the more you try, the easier it gets, and the more you can allow yourself to get comfortable with swimming, which you could not access before because of that disdain aand avoidance of the discomfort of the transition from dry to wet.

Like social situations, your sticking point may be getting past that coldness, and that transition from disengaged to engaged in the social situation. The more practice you get, the colder the water you can tolerate.

Just like with anything, training yourself to do this is all about repetition and internalising new habits.

BEING ALONE vs LONELINESS: A SOCIAL HEALTH ISSUE?

As I sit alone on my bed on a Saturday night, in my tiny place, still a relative newcomer to this city, with my Laptop, social media, writing pad, and football on TV to keep me company, I wonder if can be alone without being lonely. It’s a feeling that comes and goes; perhaps I am better off than most.

This is a nice article on the matter from the Sydney Morning Herald, check it out!

Quotes from the article:
“Douglas, meanwhile, touches on the elemental factor about loneliness: it’s a matter of perception. “Everyone’s problems are relative to themselves,” he says. “That’s why it’s so difficult for someone like me to talk to people about this – people would kill to have my problems.””

“Says ANU researcher and clinical psychologist Jay Brinker: “It is not objective social isolation that is the culprit, but the perception that one’s social interactions are inadequate or deficient.””

“But out to dinner, at a game, we can be lonely too – lonely in a crowd. It’s a feeling of separation: nose pressed against window, seeing but not connecting; an icy river, a gorge, a moat between one and the rest.”

“I feel relieved to be in fine company: on his blog, the English actor Stephen Fry, who has been open about his struggle with mental illness, recently wrote of the sensation. “I am luckier than many of you because I am lonely in a crowd of people who are mostly very nice to me and appear to be pleased to meet me.””

“Loneliness is usually a temporary state; isolating events such as relationship breakdowns or financial hardship mean people can move in and out of loneliness. Single parents and people like me who live alone are twice as likely to experience loneliness. Men are generally more vulnerable than women.”

“But “connections” and laughs aside, everything seems to point to the fact that technology is having a fundamental – and negative – effect on the way we interact with others and is actually contributing to the loneliness epidemic.”

“Technology celebrates connectedness, but encourages retreat,” he wrote. “Each step ‘forward’ has made it easier, just a little, to avoid the emotional work of being present, to convey information rather than humanity.”

“We wave our mobile phone about and proclaim how connected we are, he says, “but you can use them to avoid being human. I suspect that the next generation is going to be entirely skilled with these things and entirely unequipped for real human beings.” A relationship via a mobile phone, he says, is nothing like a relationship face to face.”